The Lowdown with... Douglas Thompson 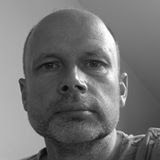 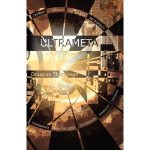 
I am fat. I am bald. I am old. You didn’t say the things had to be interesting. I thought I’d start with the known knowns, although I dare say even those are not uncontroversial.


What was the first thing you had published?


Discounting letters and articles in student magazines and the like, I suppose it would be my short story “Last Week’s Man” in the Glasgow Herald in 1989. They printed it because it had just won the Grolsch ‘Question of Style’ award.  I was only 22 years old. It created the terrible and damaging temporary illusion in my head that I was going to be a famous writer for the rest of my life. The come-down has been crushing, but 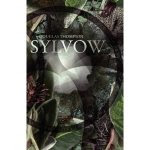 like all of life’s humbling experiences: ultimately greatly insightful in terms of perceiving our true place in the greater scheme of things. Everything matters equally or nothing does. The scale of the universe renders all hierarchies unsupportable.


Which piece of writing are you proudest of?


Hard to say. But my next book, released next month by Terry Grimwood’s The Exaggerated Press, called “The Sleep Corporation” is a collection of short stories from all across my life to date. Reading that back over at the proofing stage really made me take stock of things and offered surprising insights. I think perhaps 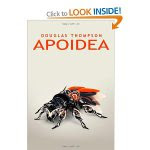 that a very early story called “Raymond and Arlene” which you can read online here was the best thing in there, hence why it will open the collection. It’s not Horror or Sci Fi or all that surreal at all. But in terms of honestly recording the poignancy of life and love, I worry that I may not have surpassed it since. Various magazines rejected it I think, but to me that is only an endorsement. Seriously, that’s how I think. No disrespect to all my editor and publisher friends, but my hardest won achievement over the years is confidence in my own judgement of my work and relative disregard for other people’s myriad of varyingly warped angles on it. Writing, like life, is a game of Montana Wildhack. No one can see the ace card stuck to their own forehead. Causing offence, getting an irrationally hostile review, things like 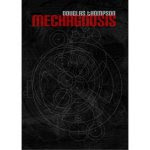 that are the best clues you get that you might be doing something right.


My short story “Last Week’s Man” in the Glasgow Herald in 1989, winner of the Grolsch ‘Question of Style’ award, as above.  Which is why we didn’t include it in “The Sleep Corporation”. You can read it online here. There is more importunity in praise than in blame, as old Freddy Nietzsche nailed it. Praise is how people derail you up the siding they want you in. Plough your own furrow if you can. Always ask yourself what your descendants will take from your work, rather than your contemporaries. My architectural training taught me that. Build to 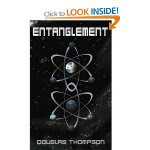 be future proof, not fawned over and lauded now. Live secretly and quietly if at all possible, by the light of hidden windows in distant rooms.


There’s never any normal about it. The aim of my writing career, for me, is to give up writing and become a normal well-balanced human being one day who doesn’t need to write at all. By best day might be sitting sketching in cafes, catching trains to unexpected districts, walking through parks and looking at the light on distant buildings, taking photographs, talking to friends over a beer or performing poems in pubs in the evening. I am always trying not to write at all. Despite my best efforts, it occasionally still happens, suddenly and shamefully, like a short-circuit, in a half-dark room

somewhere near midnight, like sex between two repressed Victorians. Writing is a filthy habit for sick people. If I’m any good, it just goes to show how deeply sick I really am. People should pity us, all of us.


Which piece of writing should someone who’s never read you before pick up first?


Maybe Sylvow, my second novel, or the short story of the same name (which was chapter one) which was published in Ambit Magazine back in 2008. You can read it online here.  Reggie Oliver reviewed the book and described it as “ripe stuff”. That’s pretty rich from him and his verbosely florid Historicist chums, but I like Reggie and I like to think he liked it really. The literary crew disliked the way the book gets more and more fantastical as it goes on. The Fantasy crew disliked the

way the early chapters were so straightforwardly literary. Montana Wildhack, you see? The book was probably therefore bang-on because it broke everybody’s daft wee rules and boundaries. There’s something in there to offend everyone. And take a look at the planet: everyone needs to be offended, or we won’t have a planet left soon.


What are you working on now?
As I said, the grand dream of giving up writing altogether. I’ve been doing poetry and painting instead this last year or so. But we all know I’m kidding myself. I’m incurable. It’s only a matter of time until I hit the keyboard again. At the moment I’m reading voraciously, literary stuff, going back to my roots, working my way through a personal reading list from Nina Allan: Grace Paley,

Jayne Anne Phillips, Claire Vaye Watkins. Writers like Eudora Welty and John Cheever are where I started out. The worst thing about writing is how profoundly useless your own work is to you once it’s in the past. Only other people can gain anything from it then. I want to forget myself and start out all over again. Sometimes I think I’ve learned nothing of any value in the last 25 years except how little I know. But maybe that right there is the greatest enlightenment. My next novel will be about everything, the whole damned meaning of life. But aren’t they always? Joel Lane was the greatest living author I’ve ever met, because his topic was life, nothing more, nothing less. Writing wasn’t a Victorian parlour game to him, it was a personal attempt to stay alive and sane. His anger was real, his energy unforgettable. If we can’t write like that, we shouldn’t write at all.
Posted by Simon at Monday, October 12, 2015