The Lowdown with... Gary McMahon 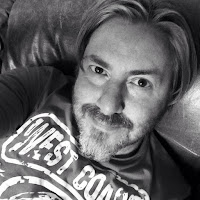 Gary McMahon was born in Sunderland in 1969 and has a lifelong love of genre fiction. His critically acclaimed short fiction has appeared in many magazines and anthologies. His first mass market novel was Hungry Hearts, which was then followed by the Thomas Usher books (Pretty Little Dead Things and Dead Bad Things) and the "Concrete Grove" series of horror/urban fantasy novels. His latest books are The End and The Bones Of You.

His work has been nominated for the British Fantasy Award on seven seperate occassions. When reminded that he is still to win one of these, he gives a wry smile. 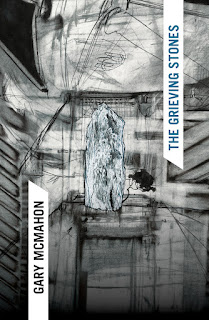 
I’m a first kyu in Shotokan karate. My legal middle name is Zed. I have no super powers.

2. What was the first thing you had published?
The first published piece I got paid for was short story called 'Neighbours'. It was published in a little small press magazine called Nasty Piece of Work back in the early 90s, I think…and it was inspired by a story called 'Coffee' by Simon Bestwick. Before that, I had a poem published in a school magazine. I won a carrier-bag full of sweets because it was voted the best thing published in the magazine that year. 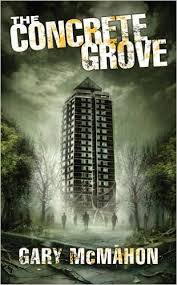 3. Which piece of writing are you proudest of?
I know it’s a cliché, but I’m going to say my latest book, a 30,000-word novella called The Grieving Stones. It’s about a woman who attends group therapy to try and deal with the grief of losing her husband. A few members of the group go away to an isolated old house in the country, where they plan to clean up the rundown place and take part in more in-depth therapy sessions. But the house, and the area around it, has a strange history, and as she begins to discover the secrets held within the landscape, her grip on reality starts to loosen – or does it simply become stronger and clearer, allowing her to see what nobody else can? The novella is due out from Spectral Press early 2016. 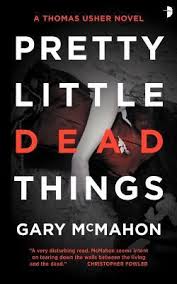 4. …and which makes you cringe?
A number of my early short stories – some of which even saw print!

5. What’s a normal writing day like?
I get up. I cycle to work. I spend 8.5 hours in the office doing my day job. I cycle home and spend a little time with my family. I go to karate training. I come home and have dinner. I think about writing and end up watching a late-night DVD instead. Sometimes I do write, but these days it isn’t much.

6. Which piece of writing should someone who’s never read you before pick up first?
I think the Concrete Grove trilogy (published by Solaris) nicely sums up what I’m trying to get at in my work.

7. What are you working on now?
I’ve just finished a story for a chapbook, which will be published in October by White Noise Press. That one’s called 'There’s a Bluebird in my Heart'. I’ve been working on a novel called The Quiet Room for about four years and still have a long way to go before it reaches even the first draft stage. I’m also thinking about trying to put together a new short fiction collection, under working title of Blood From Stones.