Paul Kane is the award-winning, bestselling author and editor of over fifty books – including the Arrowhead trilogy (gathered together in the sellout Hooded Man omnibus, revolving around a post-apocalyptic version of Robin Hood), The Butterfly Man and Other Stories, Hellbound Hearts and The Mammoth Book of Body Horror. His non-fiction books include The Hellraiser Films and Their Legacy and Voices in the Dark, and his genre journalism has appeared in the likes of SFX, Rue Morgue and DeathRay. He has been a Guest at Alt.Fiction five times, was a Guest at the first SFX Weekender, at Thought Bubble in 2011, Derbyshire Literary Festival and Off the Shelf in 2012, Monster Mash and Event Horizon in 2013, Edge-Lit in 2014, plus HorrorCon, HorrorFest and Grimm Up North in 2015, as well as being a panellist at FantasyCon and the World Fantasy Convention. His work has been optioned and adapted for the big and small screen, including for US network television, plus his latest novels are Lunar (set to be turned into a feature film), the Y.A. story The Rainbow Man (as P.B. Kane) and the sequel to RED – Blood RED – from SST Publications. He lives in Derbyshire, UK, with his wife Marie O’Regan (see Monday's Lowdown), his family and a black cat called Mina. Find out more at his site, which has featured Guest Writers such as Stephen King, Neil Gaiman, Charlaine Harris, Dean Koontz and Guillermo del Toro.
1. Tell us three things about yourself. 1) Incredible as it might seem, especially to me, I’ve been writing professionally for almost twenty years – there’s a ‘Best of…’ collection coming out later this year from SST called Shadow Casting to mark the occasion of my being older than I would like to be.
2) I write film, TV and graphic novel scripts, as well as fiction and non-fiction.
3) Before I became a writer, I wanted to be either a comic book artist or a special effects guy. Both seemed more attainable than starship captain – at least back then.

The first things I had published, in a non-paying market, were reviews in a small press magazine called Drone back in the early ‘90s. Mainly film and book reviews, but some model reviews, as I was heavily into making genre models at the time – because of the interest in special effects – and Drone covered a lot of that kind of stuff. I still have all kinds of oddities in the garage, from a full-sized Facehugger to a Spider-head from The Thing. I’m frightened of getting them out, though, in case I scare the cat. The first fiction story I had published was ‘Facades’ in Planet Prozak a few years later. 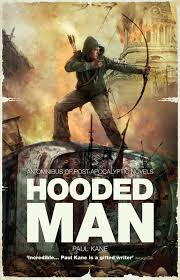 Probably a short story called ‘The Butterfly Man’, which was published in the PS collection of the same name. I wanted to write something that was a meditation on life, love and everything in-between, and think I managed to just about pull it off. I remember telling my better half Marie (O’Regan) the broad strokes of this one in the car on the way back from the shops before I’d even written a word. She started crying, in a good way thankfully, so I knew I was probably on to something. It’s one of those stories I hope I’m remembered for in years to come, and will definitely be in the ‘Best of…’ this year.

How long have you got? The ones that used to make me cringe were the first pieces of prose I had a bash at when I was in my teens, trying to emulate horror authors like Jim Herbert. There’s a novel – if you can call it that – called Night Beast, about a killer alien that lands in a lake, which had Garth Merenghi-style rangers in choppers with Magnums hunting the thing in the Peak District. I say they used to make me cringe because now I just find them hilarious; in fact I get them out every now and again if I want to cheer myself up. 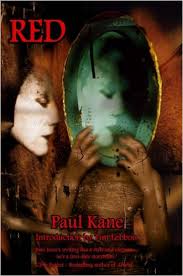 I’m sure a lot of writers say this, but I don’t think there actually is a normal writing day. You can try and plan what you’re going to do, but other things always crop up, some of which are infinitely more fun than being shackled to a keyboard all day. For example, I was recently invited to go and talk about Hellraiser – one of my passions for anyone who doesn’t know – at the Grimm Up North film festival, which was a lot of fun. When I’m working on something like a novel, which I was over last summer, I try keep office hours and average about 3 – 4,000 words a day, so I can usually get a first draft done in about a couple of months or less. Then comes the hard part of editing and rewriting…

Probably the Hooded Man omnibus of all the Arrowhead novels (published by Abaddon), as it reflects a lot of my interests – mythology, SF, horror – and I think has some of the best characters I’ve ever come up with, not to mention some rollocking action scenes. Those stories are probably what I’m best known for, and definitely changed my life. I’ve just recently revisited that universe for the e-novella Flaming Arrow, which picks up a few years after Arrowland and catches up with the characters now they’re a bit older; that will be reprinted in the mass market paperback The End of the End this August. In terms of short stories, probably my last collection Monsters (from Alchemy Press), which spans my career so far. Plus it has a really cool cover by Clive Barker and an introduction by Nicholas Vince, who played Chatterer Cenobite in Hellraiser and Kinski in Nightbreed; both people who know a little bit about monsters themselves. 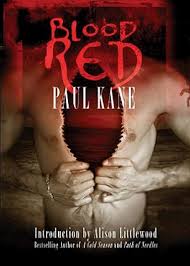 I’ve just finished writing a short film and have been doing a lot of promo publicity for Blood RED, my sequel novel to 2008’s sellout novella RED. That’s a horror reworking of Little Red Riding Hood, which comes with a cover from Dave McKean and introduction by Alison Littlewood – out again through SST. Just before Christmas I finished edits on both my new mass market novel, Sherlock Holmes and the Servants of Hell from Solaris and the non-fiction book Hellraisers from Avalard. I also wrote a new novelette called Snow for Stormblade, which is another dark take on a certain well-known fairy tale – that’ll be out soon in print, e-book and audio. The New Year sees me hitting the ground running, doing two brand new stories for my upcoming Nailbiters collection, another graphic novel, writing a newly commissioned post-apocalyptic novella called The Rot and turning my attention to some more film work. Plus Marie and I have just taken over as co-chairs of the UK Chapter of the Horror Writers’ Association, which should keep us pretty busy this coming year.