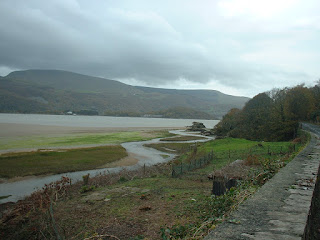 A few things are going to be different around here. Hopefully not in a bad way.

1) First off, The Lowdown will be, for now, once a week instead of twice weekly. Largely this is because I'm in danger of running out of writers otherwise! Also, though, it's because I want to clear a bit of space for a new feature (see below.)

2) As of Friday, I'll be putting a free story on the site every week. I've got a pretty extensive backlog of published stories. Some of them are in anthologies or collections that are still out there. Others haven't seen daylight in many years. So I'm going to start sharing that backlist. If it means a few more books get sold, I can live with that.

3) Another thing I'm going to try and do is write more short fiction this year. I've been massively focused on novel-writing - and I still will be in the year ahead - but I want to fit more short fiction in. They're often where other, bigger things get started, and a place to road-test and play with new ideas.

4) In tandem with that, I'm going to start valuing my work a bit more. Guys, I hate to seem mercenary, but over the last few years waaay too many of my stories have first seen print in anthologies which have paid nothing beyond a contributor's copy.

There are two problems here.

First, the market for reprints is nowhere near as big as the one for original fiction, and rarely pays as well.

Secondly, writing a story takes a day, if I'm lucky. Often longer, especially with rewrites. A day when I could be working on a novel, or on a story for a paying market. That is basically what you're asking a writer to do when you ask them to write a story 'for exposure.' So, with one or two exceptions, I won't be sending you an original story unless you're willing to pay me for it. A reprint, maybe, but even then I'd prefer something a bit more substantial than 'exposure' to put in my bank account.

5) One BIG thing I want to do this year is cut down on my social media use. 2015 was a very productive year, but that was in spite of the amount of time I spent dicking away on Facebook in particular.

Of course, social media still has its uses - I've got a number of good things out of it, and just before Christmas I actually saw it save someone's life - but it can also be addictive, especially to anyone who's needy, constantly seeking ways to procrastinate and work-avoid, and with a touch of the obsessive and compulsive in their make-up. Like, you know, a writer.

I've got another blog post to share later today, but after that you'll only find me on Facebook from Friday evenings (to publicise the free story) to Monday mornings (to publicise The Lowdown.) (In between, during the weekends, I'll be dicking around as before.)

In the interim, if you need me you can email at sbestwick2002NOSPAM AT yahoo DOT co DOT uk (deleting the NOSPAM, etc, of course.)

[The picture above was taken near Barmouth in Wales, one of my favourite places - just after I'd come down from Dinas Oleu onto the road that ran along the Mawddach Estuary... several miles from the town. It was a fairly long journey back - but a very pretty one!]
Posted by Simon at Tuesday, January 05, 2016