The Lowdown (Mr and Mrs Edition) Part One... with Marie O'Regan

Marie O'Regan is a British Fantasy Award-nominated author and editor, based in Derbyshire. Her first collection, Mirror Mere, was published in 2006, and her short fiction has appeared in a number of genre magazines and anthologies in the UK, US, Canada, Italy and Germany. She was shortlisted for the British Fantasy Society Award for Best Short Story in 2006, and Best Anthology in 2010 and 2012. Her genre journalism has appeared in magazines like The Dark Side, Rue Morgue and Fortean Times, and her interview book, Voices in the Dark, was released in 2011. An essay on 'The Changeling' was published in PS Publishing's award-winning Cinema Macabre, edited by Mark Morris. She is co-editor (with her husband, Paul Kane - see Friday's Lowdown) of the bestselling Hellbound Hearts, Mammoth Book of Body Horror and A Carnivàle of Horror - Dark Tales from the Fairground, plus editor of The Mammoth Book of Ghost Stories by Women. A collection, In Times of Want, is due to be published in September 2016, and Marie is currently working on a novel and various other writing projects. Marie is represented by Jamie Cowen of the Ampersand Agency.


I write short stories, screenplays, novellas, novels... always horror, at least so far, though they range from supernatural to psychological in tone.

When I was a teenager, I wanted to draw Marvel comics. Now I'm just trying to write my first graphic novel script (not for Marvel, I hasten to add!).

I was Chair of the British Fantasy Society for four years (2004-2008), a committee member for seven overall, and am now Co-Chair of the UK Chapter of the Horror Writers' Association. 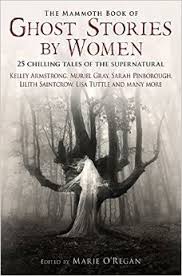 The first story I sold was 'Suicide Bridge', which appeared in Here and Now #4, edited by the lovely Jenny Barber. The first one to see print, though, was 'Alsiso', in Elastic Press' The Alsiso Project, edited by Andrew Hook - it just beat Here and Now to print.

3. Which piece of writing are you proudest of?
Probably the current novel, a supernatural tale called Lie Still; partly because it's the newest piece and therefore, hopefully, the best written if I'm progressing as I hope - but mainly because I just really love the story, and grew very fond of some of the characters as I wrote it.

4. ...and which makes you cringe?
Nothing specifically that's been published, although obviously looking back there are a few I'd like a chance to rewrite now to smooth out the bumps. So probably a couple of the earliest stories I wrote - thankfully there are a few that didn't see print :) 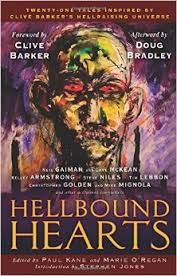 I watch TV with Paul over breakfast, then around half nine I check email and answer anything that's come in and spend the morning doing admin (whether my own or something for the HWA UK chapter). Once that's done I start writing, whether that's before I break for lunch or after. I keep going until six or six thirty, then start dinner and spend the evening with the family. Those are the days that are just for writing - then there are days when Paul and I do workshops in various places, or attend events (I was a panellist at several events last year, including Double the Horror in Derby, Sledge Lit and FantasyCon).

6. Which piece of writing should someone who's never read you before pick up first?
Oh God, that's difficult. I'd say maybe the first collection, Mirror Mere? It contains some of the stories I love most, and to get them separately now would be very difficult - a number of the magazines they were published in are now defunct, sadly. If you don't want to read a whole collection, then the eponymous novella is on sale as an ebook through PS Publishing.

7. What are you working on now?
Far too much, probably :) I have two novels and a novella at various stages that are currently with my agent, so they should be going out on submission fairly soon. The one nearest to being ready is a supernatural novel called Lie Still, as I mentioned earlier. The second one is called Suthina and is also supernatural, and the novella is called Icon. I'm just waiting for notes on those. I'm currently writing a short story for an Industrial Horror anthology, then it's a novella called 'Resurrection Blues' for a couples novella project I've been asked to contribute to... and I'm doing the story notes for my second collection, In Times of Want, which should be launched at FantasyCon in September, all being well. Other than that, refining a pitch for another novel and finishing a couple of short stories. And Paul and I have just agreed to act as Co-Chairs for the UK Chapter of the Horror Writers' Association, so in between the writing we're trying to get that set up, organise what meetings we can etc. It's going to be a busy year!