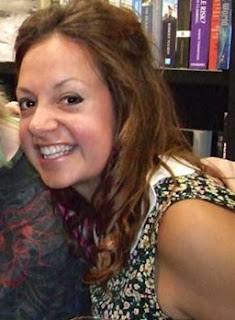 V.H. Leslie on Leslie: 'I came to books early and enjoyed them so much that I’ve spent the best part of my life studying them. I taught English A Level for a number of years and I still write academic articles for a range of literary publications. Although I always knew that I wanted to write fiction, it was only three years ago that I began in earnest. I enjoy reading and writing fiction that focuses on psychological issues and perspectives, that blurs boundaries or takes place within liminal or marginal spaces. I like stories that are driven by setting and those that make connections to other texts, to mythology, folklore and art.

My short stories have appeared in a range of speculative publications, including Black Static, Interzone and Shadows and Tall Trees and have been reprinted in a range of “Year’s Best” anthologies, including Best British Horror and Best British Fantasy from Salt Publishing and The Year’s Best Dark Fantasy and Horror from Prime Books.  I’m a Hawthornden Fellow and was recently awarded a place at the Saari Institute in Finland, where I’ll be working on a novel concerning various strands of Nordic myth and folklore. I was the winner of the Lightship First Chapter Prize 2013 and was recently a finalist for the Shirley Jackson Award in the category of novelette. 2015 will see the release of my debut short story collection Skein and Bone as well as a novella from Salt Publishing.'

I like wild spaces. I’ve always been drawn to narratives that focus on wilderness and isolation. I gave up teaching full time a couple of years ago to focus on my writing and in that time I’ve travelled around a bit, spending quite a bit of time in Shetland and the Scottish highlands. These places have definitely informed my work and the process of engaging with isolation has certainly helped focus me creatively.

I’m a folklore enthusiast. I spent a lot of time in Shetland exploring the archives and developing an interest in stories concerning the mysterious and the supernatural. I’m specifically interested in European water-themed stories and the creatures that inhabit the water, an interest that has fuelled some of my recent writing projects.

I’m also a printmaker. I began courses a few years ago, hoping that my illustrative work would transfer well in print form. I’m not very au fait with modern technology, so employing traditional etchings methods and using the big old Victorian printing presses suits me just right. At some point I’d love to combine my writing and printmaking to produce an illustrated book.

I won an essay writing competition when I was sixteen. The prize was a trip to the United Nations in Geneva at the time of the International Labour Organisation. I got to meet some delegates and listen in during conferences, which was really fascinating, particularly the length of time they spent debating the use of language for various clauses. I’d never been abroad before, so to be at the centre of all this international activity was very exciting and humbling to see the extraordinary efforts being made to protect the rights of people around the world. 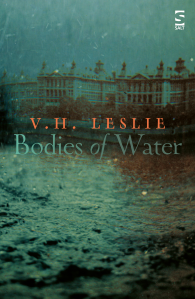 That’s hard because I feel that each piece I work on is important and a progression. One of my favourite stories is ‘The Cloud Cartographer’ which was published in Interzone. I’m quite proud of the novel I’ve not long finished, Bodies of Water, which is due out next year from Salt Publishing.

4. And which makes you cringe?


I wrote a lot of poetry when I was a teenager, some of which has found its way onto my dad’s notice board. He won’t remove it, which is rather embarrassing as it’s very angsty.


I usually aim to get in front of my laptop at 9am and try to keep going until about 3pm, stopping at intervals to eat whatever I can find in my cupboards. Often I’ll have writing binges, literally going until I can write no more whereas other days all I’ll want to do is research. Going on residencies has really helped my motivation and routine. Meeting up with other writers and discussing ideas and recommendations, as well as your progress at the end of the day, really helped me stick to my targets and kept me hungry to contribute my own voice to what can sometimes feel like a daunting field. Plus on some residencies, the efforts of day-to-day living are gleefully taken off your hands. No Internet, with lunch and dinner provided, there’s really no excuse not to get on with it. For someone like me who can spend way too long roaming supermarket aisles looking for culinary inspiration, it was a complete joy. 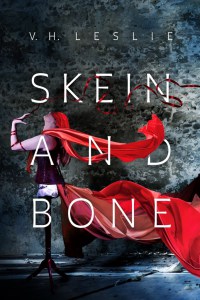 6. Which piece of writing should someone who's never read you before pick up first?

My novelette ‘The Quiet Room’ published in Shadows and Tall Trees received some really good reviews, which made me very happy and was a finalist for the Shirley Jackson award, so I think readers have enjoyed it. Another story I’m quite fond of, ‘Senbazuru’ can be read online for free if you head to the Weird Fiction Review. Both stories are contained within my collection Skein and Bone, which has just been released from Undertow Books.

I’m about to start a PhD focusing on European water myths and am researching Nordic water-themed folktales in particular as part of an upcoming residency I’ve been selected for at the Saari Institute in Finland. So a lot of water right now. I’m also still pottering along with a novel that seems to grow and grow!
Posted by Simon at Monday, September 14, 2015