The Lowdown with... Keris McDonald 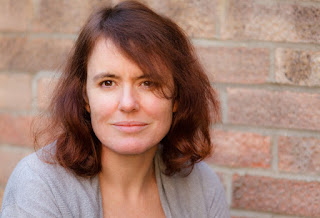 Keris McDonald has a secret life: by day a mild-mannered writer of dark fantasy erotica, by night a ravening horror author. Or possibly the other way round.

Her horror short stories have been published in All Hallows and anthologies by Ash Tree Press; Weird Tales, Supernatural Tales, and the anthologies Impossible Spaces and Hauntings (ed. Hannah Kate); and Terror Tales of Yorkshire (ed. Paul Finch). Her scenario ‘Master of Hounds’ appeared in Worlds of Cthulhu. In 2015 she has stories out in Best Horror of the Year vol. 7 (ed Ellen Datlow) and Genius Loci (ed Jaym Gates).

She lives in the North of England with two rescued greyhounds and a bemused husband. She has a degree in philosophy and a diploma in forestry, and once worked as a Viking for five years.

1. Tell us three things about yourself.
1)      I started playing Dungeons and Dragons when I was thirteen. That’s thirty-five years ago and no, I don’t know where the time went! I’ve just started a character for 5th edition…
2)      Most of my published work appears under the name “Janine Ashbless” and it is DIRTY. I mean, really really. But still fantasy / horror /spec-fic in most cases.
3)      I had a Marmite conversion experience, and went from hating to loving it in a day.

2. What was the first thing you had published?
I’m not sure now! Probably a short story called The Spirit Mirror, which appeared in Shadows and Silence (eds. Barbara & Christopher Roden). It’s set in the contemporary American West, which is pretty hubristic considering I’m not American and haven’t been there. It features some vengeful Native American ghosts. 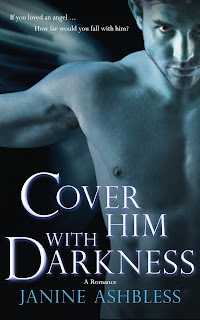 3. Which piece of writing are you proudest of?
I’m writing a dark romance/ religious conspiracy thriller trilogy about fallen angels. The first volume, Cover Him with Darkness, was published last year and well … I genuinely think it’s pretty good. I even let my mum read it, because it’s not too rude.  She got riled at the blasphemous bits, mind.

4. …and which makes you cringe?
When my short story All the Company of Heaven appeared, the editor had, without asking me, made some textual changes (like the date it was set), and managed to introduce the most incredible double entendre. Then in the next edition of the magazine he printed a letter from a reader pointing out the mistakes and saying how they brought the story down. I was mortified.

Can you tell that I still haven’t got over it? 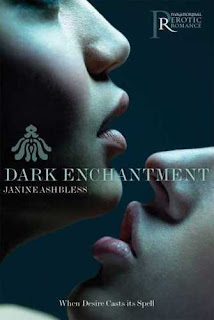 A never-ending battle to stop surfing Facebook/the Net/playing Spider, and get down to some actual bloody work. It’s like Ragnarok, only with fewer swords and more amusing yet ultimately depressing Cracked posts.

6. Which piece of writing should someone who’s never read you before pick up first?
Cover Him with Darkness is the best place to start if you are wary of all the sex stuff. But if you can stomach the idea of full-on erotica, try one of my three collections of short stories – Dark Enchantment, say. The various stories feature M R James-style ghosts, a modern-day Hades, the Devil in Salem, and the ghoul-god/Death … among other things.

7. What are you working on now?
I’m collaborating with fantasy author Adrian Tchaikovsky and scenario writer Adam Gauntlett to create a collection of Lovecraftian tales. I’m really excited about this!
Posted by Simon at Friday, September 25, 2015