The Lowdown with... Ray Cluley 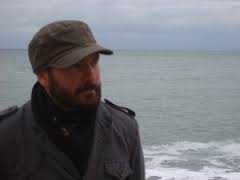 Ray Cluley is a writer.  It used to be that he was a teacher who said he was a writer, but now it’s actually true.  His work has been published in Black Static, Interzone and Crimewave from TTA Press, Shadows & Tall Trees from Undertow Press, and Icarus from Lethe Press, as well as featuring in a variety of anthologies. Some of these stories have been reprinted for Ellen Datlow’s Best Horror of the Year (volumes 3 and 6) and Steve Berman’s Wilde Stories 2013: The Year’s Best Gay Speculative Fiction. A couple have also been translated into French and Polish. ‘Shark! Shark!’ won the British Fantasy Award for Best Short Story in 2013, while Water For Drowning is nominated for Best Novella this year. His most recent work includes Within the Wind, Beneath the Snow from Spectral Press and a collection, Probably Monsters, which has just been released by ChiZine Press. He writes non-fiction too but generally prefers to make stuff up. He tweets, too.

Okay, here goes. Starting with the personal, I recently gave up teaching and sold my flat and belongings to go live (and write) in Greece… but ended up in Wales. Where it rains, like, 24/7. But I love the rain, and I very much love my partner, Jess, who is the reason why my sunny view of the Med is on hold. Fact two: despite giving up teaching I’m still ridiculously addicted to coffee (black, no sugars, thanks). And finally, fact number three, I have a burning desire to write the narrative for a computer game. Something big, like The Elder Scrolls or Fall Out or Far Cry, only firmly in the horror genre. I think Lovecraft’s work is crying out for this kind of treatment.

Well my first taste of it was reading one of my stories on local radio when I was about six, a story called ‘The Blue River’ which featured my sister and I encountering pirates and a troublesome shark. I was about six, living in Australia, so on the tape copy I still have (I must transfer it to digital somehow…) I sound not only very young but also very Australian. My first story published in print, though, was ‘Viva Las Vegas’ in issue 6 of Black Static. I’ve been pestering Andy Cox with stories ever since. 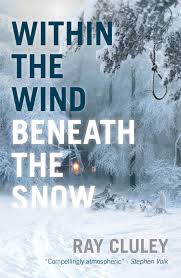 Oh gosh, what a question! Erm… I don’t think I’ve ever sent anything out that I wasn’t happy with, but the one I worked hardest on, the one I felt the most satisfaction for having completed, is my novella Within the Wind, Beneath the Snow. Not sure how others feel about it, but for me it felt the most assured (at the time). I’ll always have a soft spot for ‘Beachcombing’ as well as it was the first story that generated a lot of positive feedback, and at that point such feedback was exactly the encouragement I needed to keep writing.

I’m in a couple of publications that make me cringe, if that counts? So much so that I have the books turned around on the shelf so I can’t see the spines. I cringe a little at one of my narrators, Josh from Water For Drowning, but only because he’s so damn crude! (Which was harder to write than you might think.) I’m pretty chuffed with the story, though, and thankfully people haven’t been put off by Josh’s charm, or lack thereof. In fact, people seem to really like him! 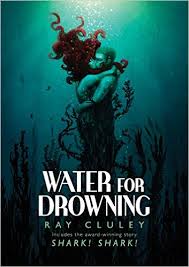 At the moment I’m lucky enough to be writing full time, though I’ll likely need to get ‘a proper job’ soon. At the moment my day consists of a morning working on the current main story and an afternoon flitting between other projects. What that work entails, though, depends on what stage I’m at. Sometimes I’ll just sit down and write, but other times I research first, so there will be a lot of reading and note taking before the writing actually begins. I’ll also go through my notebooks to see if there are ideas or observations there that’ll suit the current project. I’ll play music that fits the moods or setting and I’ll try not to get distracted by the internet. A lot of the day is also spent worrying that I’m not working fast enough, of course, and that my free time is running out… 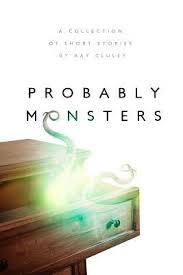 Well the collection, Probably Monsters, should give a person a well-rounded view of my writing, but I feel like that answer might be cheating a bit! I try to change my style and tone, though, so whatever I suggest won’t really represent my other pieces, if that makes sense. I mean, Water For Drowning is fun, with some laughs, bad language, and sex, but then Within the Wind, Beneath the Snow is very serious. But hell, they’re all me, so I’m happy wherever a reader might choose to start. I only hope they enjoy the story enough to try another, so long as they don’t expect more of the same.

In keeping with that last answer, something completely different! It’s either a long novella or a short novel, with something of a mosaic approach so that it might in fact seem like four short stories (though it isn’t, not really). Confused? I probably made that sound like a right mess, but it’s taken a lot of planning and a huge amount of research (though I’m a big fan of research, so that was no hardship). I don’t want to give anything of the plot away, but thematically it tackles identity, obsession, and fear. I’m very excited about it and I’m having a great time writing it, I just hope it finds a home – especially if it comes in at the awkward 50,000 words mark, which seems likely. Can’t let those concerns worry me, though. The story will be what it wants to be, and that’s fine by me.
Posted by Simon at Friday, September 04, 2015