The Lowdown with... Usman Tanveer Malik 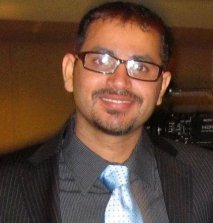 His fiction has won the Bram Stoker Award and been nominated for the Nebula. His stories have appeared or are forthcoming in The Year’s Best Dark Fantasy and Horror, The Year’s Best YA Speculative Fiction, The Best Science Fiction and Fantasy of the Year, Year’s Best Weird Fiction, Tor.com, The Apex Book of World SF,  Nightmare, Strange Horizons, and Black Static among other venues. He is a graduate of Clarion West.

1. Tell us three things about yourself.
One: For a while I wanted to be a singer. Then I realized I sucked at singing and quit.
Two: I'm bad at self-discipline.
Three: I need a night light if I'm sleeping alone.

2. What was the first thing you had published?
A letter to the editor in the children's section of a Pakistani newspaper called, surprise surprise, 'Children's Pakistan'. I must have been ten or so. When it came out, I showed the newspaper to everyone in my family and my street. I glowed with happiness for days.

3. Which piece of writing are you proudest of?
"The Pauper Prince and the Eucalyptus Jinn".

4. …and which makes you cringe?
Nothing that I've published professionally makes me really cringe (there are only a handful of stories I've sold so far). I do shake my head when I read any of my stories after 1-2 years and see how they could have been better.

5. What’s a normal writing day like?
Sadly, I don't have writing days. Only binges. I haven't written anything new in more or less 6 months.

6. Which piece of writing should someone who’s never read you before pick up first?
Probably either "Resurrection Points" or "Ishq". They're both short stories and give a decent idea of the kind of work I'm interested in exploring.

7. What are you working on now?
At the moment, I'm trying to work on a couple different short stories, "trying" being the key word. It's slow and arduous, but I have hope they will pan out one day.