The Lowdown with... Gareth L. Powell 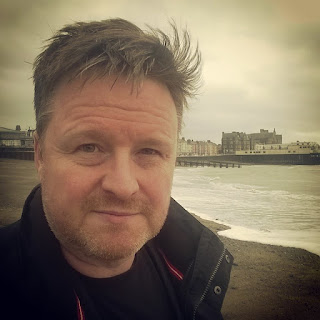 Gareth L Powell is an award-winning author from the UK. He is the author of the novels Silversands, The Recollection, Ack-Ack Macaque, Hive Monkey and Macaque Attack. In 2013, his alternate history thriller, Ack-Ack Macaque won the British Science Fiction Association (BSFA) Award for Best Novel. The book has since been published in Japan (as Gunmetal Ghost), and has inspired a comic strip, fan art, graffiti murals, and at least one tattoo. Gareth’s short stories have appeared in a host of magazines and anthologies, including Interzone, Solaris Rising 3, and The Year’s Best Science Fiction. One of these stories came top of the 2007 Interzone readers’ poll for best short story of the year. Since then, many of his shorter works have been brought together in the collections, The Last Reef (2008) and The New Ships (coming 2017). 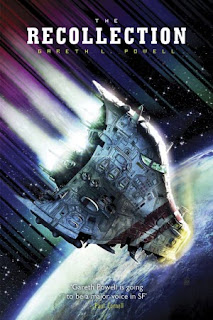 i) When I was a teenager, I had coffee with Diana Wynne Jones. I won a competition at school. She read a short story I had written and sat down with me to give me some feedback. She was merciless but inspiring, and I still have the handwritten notes she gave me.
ii) My writing desk faces west.
iii) I once kayaked the covered rivers that run beneath the centre of Bristol. 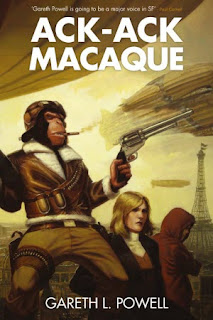 3. Which piece of writing are you proudest of?
That's like asking which of my children is my favourite. I suppose the novel Ack-Ack Macaque is the one that most people associate with me. It's certainly the bestselling of my books, and it won the 2013 BSFA Award, so I guess I'd have to pick it. That said, I'll always be fond of The Recollection, as it's the book I'd been wanting to write since I was about twelve, and I threw all sorts of personal stuff into it, as well as talking spaceships, weird alien worlds, and apocalyptic space battles.

4. …and which makes you cringe?
I published a short chapbook of poetry while at university in 1992. Looking back now, it's definitely cringe-worthy. 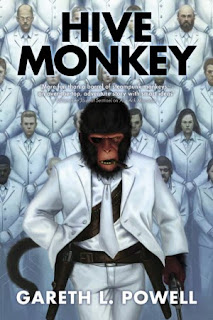 Usually I rise at 6:30am. I see my wife off to work, get the kids ready for school, and then write until they return at 3:15pm. I have an office in the back of the house, with a view of the garden, and I sit at the desk and drink decaffeinated tea while trying to put thoughts into words. Sometimes, if things are going particularly well, I'll carry on writing in the evening, after the kids have gone to bed. But now they're getting older, they're going to bed much later, so I don't get so much peace and quiet in the evenings.

6. Which piece of writing should someone who’s never read you before pick up first?
If you like space opera, pick up The Recollection (Solaris Books, 2011); if you prefer something a little more earthbound, try Ack-Ack Macaque - it's a near-future thriller set in a world ever so slightly different from ours.

7. What are you working on now?
At the time of answering, I am currently working on four novels. I've just submitted one to my agent, so I'm gathering notes towards a potential sequel. At the same time, I'm writing a thriller, another space opera, and something else which I can't talk about. Suffice to say, there's lots going on behind the scenes.
Posted by Simon at Monday, March 21, 2016