The Lowdown with... A.K. Benedict 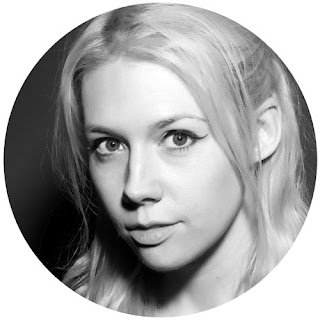 A K Benedict read English at Cambridge and Creative Writing at the University of Sussex. She writes crime and speculative fiction in a room filled with mannequins, clowns and teapots. Once an indie-rock singer and composer, with music played on Channel Four, Sky, XFM, Radio 1, Radio 3 and in films, she made the transition to full-time writer in 2012.

The Beauty of Murder (Orion), her debut novel, was shortlisted for an eDunnit award and is in development for an 8-part TV series. Her poems and short stories have featured in anthologies including the recent Scaremongrel and Best British Short Stories. Her second novel, Jonathan Dark or The Evidence of Ghosts (Orion), is out now. 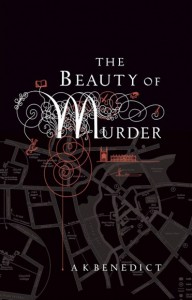 a) I collect bottles of strange perfumes by Black Phoenix Alchemy Lab such as ‘Graveyard Dirt’, ‘Drunk Uncle’ and ‘Zombie Apocalypse’. They are kept in a cabinet of curiosities made out of a coffin.
b) I do a bit of acting on the side, most recently in a touring play where I had to simulate projectile vomiting. It was fun, if messy.
c) I live in the strange and marvellous Hastings and St Leonards with my dog, Dame Margaret Rutherford.

2. What was the first thing you had published?
My school magazine published one of my poems when I was seven. It was called ‘The Deserted House’, a gothic verse about the sadness of an unlived-in, unloved-in house being eaten up by the sea. I’m not sure I’ve moved on that much.

3. Which piece of writing are you proudest of?
‘The Last Library’ a short story that first appeared in the online magazine Paraxis and then in The Best British Short Stories.

4.  . . . and which makes you cringe?
An unpublished novel called The Madness and Minutiae of an Undercover God. It was the novel where I learned what not to do and is a precocious pile of a book. I keep it in a drawer and look in occasionally to see if it has improved. It hasn’t. 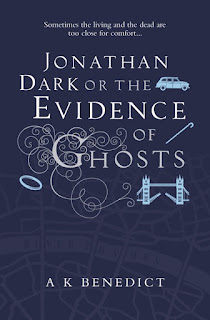 6. Which piece of writing should someone who’s never read you before pick up first?
Either ‘The Last Library’ or The Beauty of Murder.

7. What are you working on now?
Today I am checking the final proofs of my next novel, Jonathan Dark or The Evidence of Ghosts, [NB We received Alexandra's Lowdown in December - there's a backlog! - so Jonathan Dark is available to buy now!] working on a few fun, secret projects and writing the sequel to The Beauty of Murder, tentatively titled The Cabinet of Shadows.
Posted by Simon at Sunday, March 13, 2016

Wonderful writer - her debut novel, The Beauty of Murder, went straight into my top five favourite books. Currently reading Jonathan Dark or The Evidence of Ghosts, which is going to sit right alongside the first one. Alexandra lent me a copy of The Last Library, which I love and promised to return. I haven't returned it. Don't tell her...