The Lowdown with... Simon Kurt Unsworth 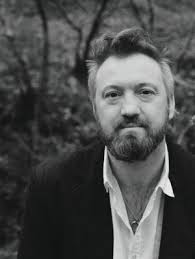 Simon Kurt Unsworth was born in Manchester in 1972 and has not yet given searching for evidence that the world was awash with mysterious signs and portents that day. He lives in Cumbria where it has rained almost every day since his arrival, and somewhere in the midst of the mud and the damp and the sheep he writes whatever comes into his head. He’s married to his best friend, the writer Rosie Seymour, and there always seems to be children or dogs getting under his feet. He has three collections of stories available, Strange Gateways (PS Publishing, 2014), Lost Places (Ash Tree Press, 2010) and Quiet Houses (Dark Continents Publishing, 2011). His novel The Devil’s Detective came out in the US and UK in March 2015, from Doubleday and Del Ray UK respectively and its sequel, The Devil’s Evidence, is out from the same publishers in summer of 2016.

Where to start…okay, here goes. I live in a rambling house in the Lake District with my wife, the writer Rosie Seymour, and my stepdaughters, and my son Ben is with us for at least one night every week, and I wouldn’t want to live anywhere else or with anyone else. Obviously, living in the Lake District means that I like wearing cowboy boots and string ties when I’m making an effort to look something other than baffled and messy (it’s part of a general western fixation I have, although I will point out I’m happy to wear a cowboy boots/string tie combo with a tweed jacket and waistcoat for that supreme sartorial high). I’m constantly hunting for the next really cool bolo to add to my collection; my current favourite is one depicting a kraken attacking a sailboat done in the style of an old cameo that I bought to wear at my wedding last year (I bought my son one as well – never let it be said that I’m above corrupting the young or brainwashing the innocent), although a close second is my Blessed Virgin Mary tie which comes complete with matching belt buckle. I’m after a good Cthulhu, shark or ghost bolo, so if anyone knows a weird western neckwear stockiest… Lastly, I don’t like fruit, except following a fermentation process.

I tend to split this into two separate pieces: I had a piece called ‘Scucca’ published in a BBC online anthology called A Passion for the Art of Taxidermy, edited by Muriel Grey. My first ‘in an actual book’ publication was the story ‘The Church on the Island’, published in the Ash Tree Press anthology At Ease with the Dead. Which piece of writing are you proudest of? All of it! It’s impossible to pick, because even the stuff that I read now and cringe at and want to change or update means something special to me. I suppose, if you pushed me to choose, I’d pick my collection Quiet Houses (a portmanteau of ghost stories featuring a character called Richard Nakata, of whom more later), my novel The Devil’s Detective or, if you’re making me pick a single story, ‘The Pennine Tower Restaurant’. 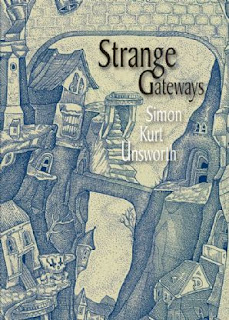 ....and which makes you cringe?

And again, all of it! As soon as it’s written I want to change it and smooth it and massage it into a better shape, and when I read anything back that I’ve written I see mostly its faults and imperfections and lumpen gracelessness. It’s an act of will to finally stop playing with what I write and actually send it to where it needs to go, and to then not constantly revisit it and edit it. I very rarely even look at my old stuff because if I do I know I’ll start wanting to perform surgery on it, and down that road lies madness…

Ha! God forbid I’d have a normal writing day! Mostly, the writing tends to be squeezed in amongst childcare and trying to do my other jobs (I run a couple of charity shops part time, I work for Kendal Town Council part time, my wife and I have a small domiciliary care business and I have another business training social care staff in legislation and good practice). When I get a choice and day free to write, I go to a café in town, climb into my iPod, and drink coffee whilst poking my Mac’s keyboard and muttering under my breath. I do sometimes write in the morning before I take the kids to school, or whilst lying in bed at night as Rosie works on her college assignments, but mostly writing’s a function of practicality and it has to fit where I tell it to and where life gives me spaces.

Almost certainly Quiet Houses. My novel The Devil’s Detective, although it’s more recent, isn't very representative of the work that I’m known for – it’s very violent, very bleak and set in Hell and it may well be a bit of a shock to the uninitiated, whereas my short stories are set in the real world and are more classical in their tone (although aren't, generally, any less bleak). Quiet Houses is set entirely in real places in the north west of England and, whilst each story can be read individually, reading them in the order they appear in the book creates an over-arching story within which the shorter tales fit. I’m very proud of Quiet Houses, and I think it’s a good starting point for a new reader as it contains most of my recurring themes and ideas and obsessions, and it’s fairly accessible.

The sequel to The Devil’s Detective, The Devil’s Evidence, has recently been accepted by the publishers, so I’m doing a lot of the minutiae on that (line edits, etc) as and when it’s needed. Past that, I’ve started a new novel which features the linking character from Quiet Houses, Richard Nakata, a parapsychologist. I like Nakata, who’s a sort of quiet, reluctant hero of the kind I like most. He has a history and a personality that keep expanding, almost without my intervention, and I get the feeling that I could have a beer with him and enjoy his company, which makes him easy to write. As for the novel itself, I won’t say too much about it (I’m wary of jinxing it!) other than it’s a ghost story of sorts, a possession story of sorts and a love story of sorts, and I’m enjoying writing it a lot.
Posted by Simon at Friday, November 13, 2015