The Lowdown with... Ren Warom 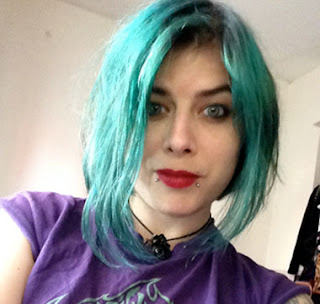 Ren Warom is a writer of the strange, dark and bizarre, not known for an ability to fit into boxes of any description. She's repped by the fabulous Jennifer Udden of Donald Maass Literary Agency and has two cyberweird novels forthcoming in the UK and the US with Titan Books - ESCAPOLOGY in 2016 and VIROLOGY in 2017. She Tweets here, waffles on Facebook here, and YouTubes over there.


1. Tell us three things about yourself.
I think the movie Tremors is perfect and I’ve seen it in excess of 100 times; I’ve also inducted my spawn into this obsession – sorry not sorry.
I left school at 15 with no GSCE’s but went on to hold a first class degree in writing and English.
I have never broken a bone, despite riding from the age of 6 and generally being a clumsy idiot.


I had stories published in a few anthologies but the first story I was paid for appears in This Is How It Ends, the second Machine Of Deathbook, published by Grand Central Press. My story is called In Sleep.

3. Which piece of writing are you most proud of? 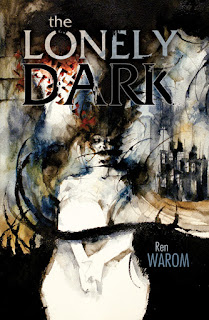 In terms of persistence and dedication I am most proud of the serial fiction I wrote for four years because I feel that was a hell of a thing to commit to and I did it every two weeks for all that time (it’s on my blog). A specific piece of writing though? Perhaps The Lonely Dark, my psychological horror SF novella published by Fox Spirit Books. It’s deeply personal, dealing with some of the feelings surrounding the loss of my sister and my struggle with mental illness and it was incredibly difficult to write in places. I’m proud that I wrote it and very proud that I was brave enough to put it out there in the world. There’s a lot more of me in that novella than in anything else I’ve ever written.


Oh Hades! So much. SO MUCH. I have written a terrible amount of unbearable dross.  Thankfully none of that will see the light of day. As for things I have had published – well, you can always see things you’d change in old work but I see no point in feeling embarrassed by it. At one point that was the best you could do and it’s great to look back and see a clear arc of improvement.


A challenge. I’m a single mum of three kids all in their pre-teens and teens on a writing deadline whilst starting her own business and running a YouTube channel. This is a house of drama and noise and chaos and whilst I love it, I often find it hard to steal quiet moments. I try and write when the kids are at school and college but I have to do everything else I need to do in that time too, so it can get a little crazy. Typically if I can get bum in seat or anywhere with my laptop and a internet connection (it’s a chromebook) I try and write until I have to move – that can be anything from ten minutes to three hours. You make the most of any chance you get basically. 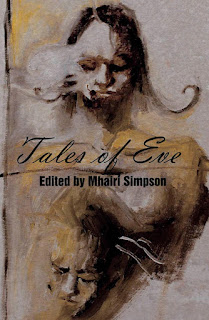 6. Which piece of writing should someone who’d never read you before pick up first?


They could read The Lonely Dark, or my story Unravel in the BFS nominated anthology Tales of Eve. Or they can wait until next year and pick up my debut novel Escapology, which is a cyberweird and more indicative of what I usually write given ten minutes at a laptop or computer and some inspiration. :)

7. What are you working on now?
At the moment I’m working on edits for Escapology, then I’ll probably have to start working on Virology, but I’m also tinkering with a cyberweird novella dealing with cloning and thieves and awesome women called Peonies and planning another couple of novellas. One a grotesque, hallucinogenic, Burroughsian tale of personal metamorphosis and horror set in 1960s New York, the other an SF serial killer thriller slice of weird.

Thanks for having me!