The Lowdown with... Damien Angelica Walters 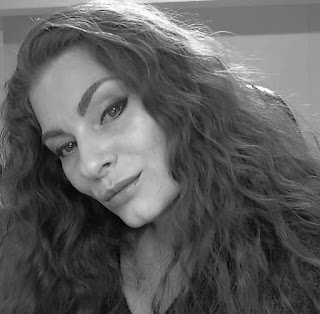 DamienAngelica Walters’ work has appeared or is forthcoming in various anthologies and magazines, including The Year’s Best Dark Fantasy & Horror 2015, Year’s Best Weird Fiction: Volume One, Cassilda’s Song, The Mammoth Book of Cthulhu: New Lovecraftian Fiction, Nightmare Magazine, Black Static, and Apex Magazine. Sing Me Your Scars, a collection of short fiction, was released in 2015 from Apex Publications, and Paper Tigers, a novel, is forthcoming in 2016 from Dark House Press. Find her on Twitter here.

I'm terrified of spiders.
I'm a huge fan of the movie Alien.
I still have one baby tooth.

2. What was the first thing you had published?
I had a few poems published in various places, but my first short story sale was "The Depository" to Bards & Sages Quarterly in 2010.

3. Which piece of writing are you proudest of?
I'm very proud of my collection Sing Me Your Scars and incredibly pleased with the reception it's received. I was terrified it would be released and vanish into the ether of forgotten books. With respect to individual stories, that's a hard question to answer because the stories that mean the most to me do so for personal reasons. "This is the Way I Die," published in Nightmare Magazine, is one of those stories.
But "The Floating Girls: A Documentary," which was a finalist for the Bram Stoker Award, almost didn't happen because I couldn't get the format to work the way I wanted it to, and I struggled with the emotional resonance. I'm proud that I stuck with it and happy that people enjoyed reading it.

4. …and which makes you cringe?
That's another tough one to answer because if I pick something readers like, I don't want them to think my feelings negate their opinions. I'll just say that whenever I look at older work, I spot all the blemishes and flaws, all the things I'd change, but I do so with the knowledge that I'm viewing those things through the lens of the writer I am now, not then. 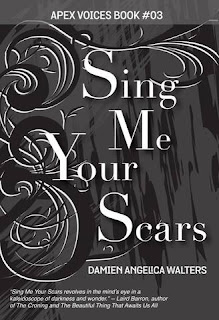 When I first wake up, I typically take care of administrative things: proofing stories, edits, answering interview questions, updating my website, etc. Then I'll work on my current project, whether it's actually writing or brainstorming. At the end of the day, when I step away from my computer, I take a notebook and pen with me and often write snippets or story ideas or what have you at night.

6. Which piece of writing should someone who’s never read you before pick up first?
I think my collection Sing Me Your Scars would give someone a good idea of the sort of work I write. It contains several pieces of new fiction written in 2014 as well as selected reprints from 2011 through 2013. If they'd like to read something before committing to the purchase, I have links on my website to short fiction available to read free online, including the collection's title story, which was reprinted in Apex Magazine.

7. What are you working on now?
I'm working on several solicited stories for various anthologies, collating reprints for a second collection, and trying my best to keep all my deadlines in a row.