The Lowdown with... Georgina Bruce 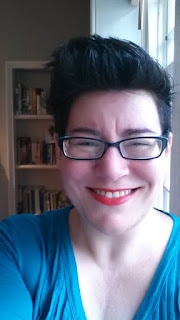 Georgina Bruce is a writer and teacher living in Edinburgh. Her stories have been published in Black Static, Interzone, Strange Horizons and elsewhere. She has a blog here.
1. Tell us three things about yourself.
I hate talking about myself. Seriously, my life is empty and boring. I really like dogs, though.
2. What was the first thing you had published?
I actually sold the first short story I ever wrote – 'The Egg'. A film company bought it and turned it into a short film. The first story I had in print was called 'About a Leg' and was published in Ink, Sweat and Tears in 2008. It's about a boy who thinks he's his grandfather's leg.
3. Which piece of writing are you proudest of?
'Cat World', which was published in Interzone 246 and then reprinted in Salt's Best British Fantasy 2014, still makes me cry, and I think that's something to be proud of. Making people cry. Mwahaha.


4. …and which makes you cringe?
Ha ha ha oh my god. Some of my stories... I'm like, was I high when I wrote that? It's embarrassing. I usually think my stories are amazing, right up until the moment that they're in print, when I suddenly see all the terrible horrible bad and stupid things I've done.
5. What’s a normal writing day like? 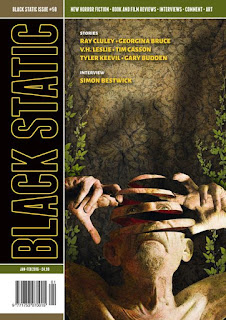 I get up early to write most days. Like 5.30 am. So the day usually starts in a blur, and I'll be just hitting my stride when I have to stop writing about 7.30 and get ready for work. I sometimes manage to write a bit in the evenings, and then I write like mad all weekend. If I'm not writing a novel, I probably don't do this. But I've been writing a novel for a long time now.
6. Which piece of writing should someone who’s never read you before pick up first?
'White Rabbit', because it's the best thing I've written. [SB: The Guardian thought so too; Damien Walter has things to say about it here.] Then they probably shouldn't read anything else, in case they're bitterly disappointed. (Lol jk read everything please.)
7. What are you working on now?
A novel, called The Geography of the Moon. It's a weird and maybe scary story about a woman who loses her way in life. At least, it was meant to be that. It's ended up being mostly about dogs. [SB: Update: Georgina has now finished the first novel, and is now working on a second. Be afraid. Be very afraid.]
Posted by Simon at Tuesday, May 31, 2016