The Lowdown with... Reggie Oliver


Reggie Oliver was educated at Eton and University College, Oxford, and has been a professional playwright, actor, and theatre director since 1975. He has worked in radio, television, films, and theatre, both in the West End and outside London. His "strange stories" (which often evoke life on and behind the stage) are very much in the great tradition of the British ghostly tale, the lineage of M.R. James, Arthur Machen, Algernon Blackwood, Walter de la Mare, and Robert Aickman. 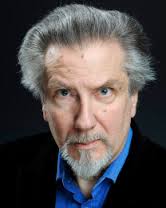 I have been a professional actor for over forty years and I once played Rudolph Valentino on The Little and Large Show, my oddest but not my proudest moment in the profession.

I was born and lived in London for nearly the first forty years of my life; for the last twenty or so I have lived mainly in Suffolk and have always felt much more at home there.

For most of my adult life I have kept a diary which has come in useful in all sorts of strange ways but mainly because, in the words of Shakespeare, I am “one that, above all strifes, contended especially to know himself.” (Measure for Measure Act III, Scene 2)
2. What was the first thing you had published? 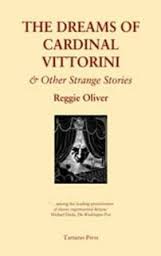 Apart from odd things (very odd things) in college magazines etc. my first major publication was a play Imaginary Lines (Samuel French 1987). It had been produced and directed by the great Alan Ayckbourn in Scarborough in 1985 and is still occasionally put on by amateur companies.

The biography of my Aunt, the writer Stella Gibbons called Out of the Woodshed (Bloomsbury 1998). Stella was a great influence on my life, a good friend and wonderfully funny and witty. I feel that the biography, though not in any way reverential or hagiographic, is a small act of gratitude and a tribute to one of the most remarkable, and one of the kindest people I have ever known. 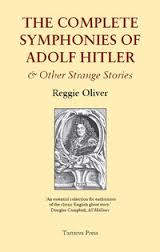 Oh, dear! I used to write comedy sketches for a theatre called the Overground in Kingston. Many of the jokes were truly awful. For example: “Did you know that Sophocles wrote a play about a dog who ate cats? Yes, it was called ‘Eat-a-puss Rex’!” And believe me, that is not the worst of them.

I am not a great creature of routine, but I like to be writing (or drawing) by about nine thirty and work through till lunchtime after which I go for a walk. On return I may briefly rest and have a cup of tea and listen to music before doing more work till six or seven. I usually do some writing late at night too, even if is only making a brief entry in my diary. 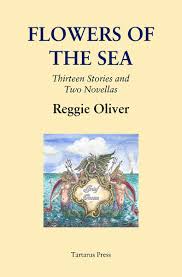 I suppose any of my collections of stories published by Tartarus. Perhaps the second, entitled, The Complete Symphonies of Adolf Hitler.

I am just finishing the last of the ninety odd drawings for a sort of children’s book entitled: THE HAUNTINGS AT TANKERTON PARK And how they got rid of them, a tale in verse to be published by Zagava. The words I wrote some time ago but the drawings have taken ages. I say “sort of” children’s book because I wrote and drew it really to amuse myself and though it’s just the sort of book that I would have loved as a child, I was a peculiar sort of child (still am) and it might be too macabre for some. It is about a Victorian haunted house, quite mad and part of it is a rhyming alphabet. Here for example is:


Z was a zombie and clearly insane. 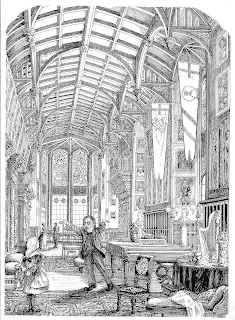