The Lowdown with... Lynda E. Rucker 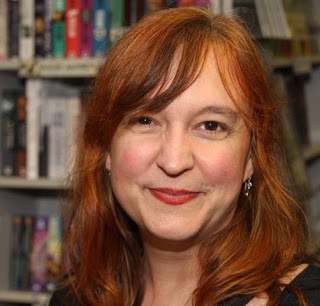 Lynda E. Rucker is an American writer born and raised in the South. She grew up in a house in the woods full of books and cats and her mother brought her old typewriters from work to play on, so she obviously had little choice but to become a writer. She has sold more than two dozen short stories to such places as The Mammoth Book of Best New Horror, The Year’s Best Dark Fantasy and Horror, The Best Horror of the Year, Black Static, F&SF, Shadows and Tall Trees, and Nightmare Magazine among others. She is a regular columnist for Black Static, and her first collection, The Moon Will Look Strange, was released in 2013 from Karoshi Books. Her second short story collection is due out in 2016.

I get lost a lot. In new places, in places I should know well, even if I'm mapping on my phone. Whenever I am going to a foreign country where English is not spoken, one of the phrases I always teach myself is something along the lines of, “I am lost. Can you help me?” A weird corollary to this is that people constantly stop me on the street and ask me for directions.
I don't believe in ghosts, but I am sure some places are haunted, and I am always half-hoping to encounter a ghost myself. I say half-hoping because I am actually a big scaredy cat so there are very limited conditions under which I would not die of fright if such a thing actually happened. I am aware that this set of facts is entirely contradictory and yet somehow the cognitive dissonance of it all doesn't bother me.
I've wanted to be a writer since I was a very small child—I have stabs at stories dating back to the age of four or five—but growing up, I also wanted to be an actress and a war correspondent. The former ambition faded when I realized even before I set out to seriously pursue it that I lacked the same sense of crazed persistence and determination about it compared to how I felt about writing. The war correspondent ambition fell by the wayside when phoning people for interviews for something as benign as the entertainment section of my university newspaper gave me anxiety attacks. (I was fine with the whole putting my life in constant mortal danger bit, but the idea of having to ASK STRANGERS QUESTIONS completely defeated me.) I'm not sure what it says about me that writing fiction was the most practical of my vocational ambitions...

2. What was the first thing you had published?
A story about a time-traveling witch's cat in a magazine of children's writing when I was about eleven. I have this vague memory that I may have ripped off the concept from a book I'd read. 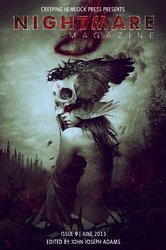 3. Which piece of writing are you proudest of?
It probably sounds egotistical, but I couldn't pick any one piece. I sometimes go through a period that lasts roughly from the time I've finished something to shortly after it's published when I'm in agony as to whether it's any good or not, but in general I'm not one of those writers who hates my work once it's out there in the world. I'm reasonably proud of all of my published work.

4. ...and which makes you cringe?
The earliest story I sent out for publication as an adult, when I was 25. I sent it to a small press magazine called Pulphouse that was big in the 1990s. Thank goodness they rejected it. In those days, I used to write lots of beginnings and middles and never finished a story, so I forced myself to just stop dithering, finish one and submit it. It was good that I made myself do that but lord, that was the only good thing about it. (I've suddenly remembered that story still exists in a box somewhere and I need to find it and burn it. And salt the earth afterwards.)

5. What's a normal writing day like?
I don't have normal writing days, although I wish I did. I'm working on having them again, but writing mostly gets eked out between other obligations and the mild chaos of my life. When I did have normal writing days, they usually consisted of getting up very early so I could write for an hour or two before work with longer stretches on weekends. My aim now is to get back to that routine.
6. What piece of writing should someone who's never read you before pick up first? 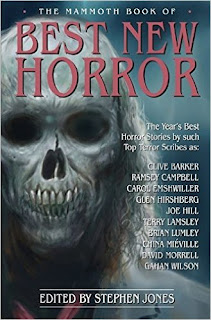 Well, if you've never read me and aren't sure you'd like my work, you could read “The Burned House” and “The House onCobb Street” online at Nightmare Magazine for free. My story “The Last Reel,” which can be found in my collection, in Best New Horror #18, and podcast at Pseudopod, seems to be the one that garners the most favorites from the largest number of people. In a way, though, I think this is a hard question for a writer to answer about their own work because we experience our work so differently from readers and are so close to it. It's like when someone asks me what my stories are like—if I'm with someone who's familiar with my writing when I'm asked that, I usually end up going, “Uh, you tell them what my stories are like.”

7. What are you working on now?
Some short stories and a novel based on a short story. On the horizon but not yet actively in progress are more stories, several novella projects and a film chapbook for a new cinema imprint from PS Publishing. And I'm doing two collaborations with two different people in the year ahead! Oh, and there should be a new short story collection out next year, mostly reprints but a couple of new pieces, although that's all I can say about it for the moment!
Posted by Simon at Monday, December 07, 2015