The Lowdown with... Stephen Bacon 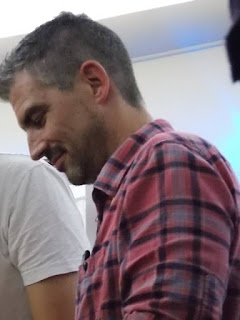 Stephen Bacon lives with his wife and two sons in South Yorkshire, UK. His fiction has been published in magazines and anthologies such as Black Static, Shadows & Tall Trees, Cemetery Dance, Crimewave, and Postscripts. Several of his stories have been selected by Ellen Datlow for her Best Horror of the Year series. His debut collection, Peel Back the Sky, was published by Gray Friar Press in 2012. By day he works in an office, where he smiles at his co-workers and imagines very dark things happening to them. His website is here.

1. Tell us three things about yourself.
Three things about me? Well, here goes - the first thing is that I love football. I'm actually a Nottingham Forest fan. I know a couple of other Forest fans who write horror (Richard Farren Barber and Danny Rhodes) so make of that what you will. The club's woes for the past 20-odd years probably speaks a language that horror lovers can understand. 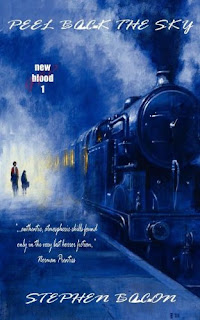 The second thing is that, whilst I love horror and fantasy literature, I'm not a huge fan of the genre in film. I can probably count on one hand the number of horror or fantasy films I love. Actually, probably make that two hands. But compared to films from other genres (science fiction and crime and comedy) horror and fantasy fair pretty poorly. Books, however, are a different matter.

The third thing I need to tell you about me is this – once I finish my existing writing commitments I'm going to have a crack at writing the ubiquitous novel. I know, I know - that's what we all say. Well it feels like that might be the next phase of my writing path. So I'll be percolating ideas and making notes for the next few months (probably years) because it feels like the novel is an itch I'm about ready to scratch. Watch this space. 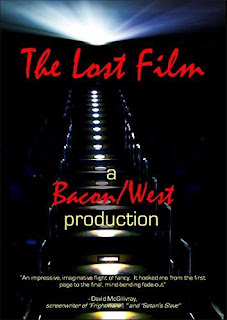 3. Which piece of writing are you proudest of?
My favourite story from my own work is probably either 'Cuckoo Spit' or 'None So Blind'. The first was published in Black Static and the second appeared in Shadows & Tall Trees. Both stories were received pretty well, and they felt like milestones in my writing path. 'None So Blind' was also the first story of mine that was selected for Best Horror of the Year rather than just making the honourable mention list.

4. …and which makes you cringe?
Many of my earliest stories are incredibly overwritten, and not half as subtle as I thought they were when I first wrote them. But I suppose the evolution of a writer means that your path is visible for all to see. As long as your writing is improving, you can't argue too much...

5. What’s a normal writing day like?
I work a full-time day job so my writing has to happen around that. I always have the weekends off too, which makes me sound incredibly lax. So I write weekdays in an evening, usually from around 7.30 pm onwards (until very late). During my lunch-break at work I tend to write longhand in my notepad, and then revise it when I type it up in the evening. I'm definitely the kind of writer who prefers having written rather than actually writing. I also read a lot which sometimes does make it difficult to spend as much time writing as I'd like, however I think it's essential to read extensively (inside and outside your chosen genre) in order to be able to write to a suitable standard to contribute. The way I work is that every time I write, I read through the previous bit and edit as I go along. That way my productivity is a bit slower, but hopefully I catch the time back by not needing quite as much in the subsequent drafts. I'm also the type who adds to the original draft rather than cutting bits out to streamline it. I prefer a leaner framework on which to hang my meat. I should also say that if you're reading this and your harbour a desire to write, the one thing I would definitely recommend would be to attend the odd convention here or there (Fantasycon and Edge-Lit are my preferred two) because you won't regret it. Just mixing with creative types is the most immersive and inspiring thing you can ever do. Some of my closest friends were people that I met at conventions. What can be better than chatting with likeminded souls until the early hours, all the while being surrounded by people selling books? If such a thing as Heaven exists, it'll look like a combined version of the dealers' room and the bar at a writers' convention. Trust me on that one.

6. Which piece of writing should someone who’s never read you before pick up first?
Probably Peel Back the Sky, which is my debut short story collection. It is a snapshot of my writing from the first 5 or 6 years since I sold my first story. It was nominated for a British Fantasy award. It's due out very soon in a shiny new electronic version. However, at the moment I'm looking for a publisher for my second collection. This feels like it's more representative of how my writing has progressed in the last few years. There'll be stories from publications like Black Static and Postscripts and Shadows & Tall Trees and Crimewave and Cemetery Dance. Even a few that made Best Horror of the Year. And, of course, a few original pieces. I'll keep you posted once I find a willing publisher. 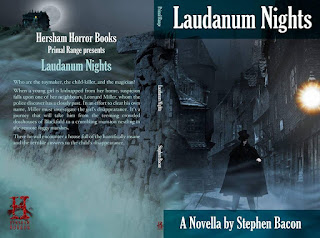 7. What are you working on now?
I am working on three projects at the minute. The first is called Laudanum Nights, which is a novella of fantastical dark crime set in a pseudo-Victorian city populated by insane toy-makers, immortal recluses and monstrous insects. It is due to be published at Fantasycon in September by Hersham Horror Books. [NB: AND IT WAS, AND YOU CAN BUY IT HERE] The second is a short story called 'Fear of the Music', which is inspired by notes from the much-missed writer, Joel Lane, who sadly passed away in 2014. Joel and I corresponded several times over the years and he was very encouraging and supportive about my writing - even being kind enough to provide a blurb for Peel Back the Sky - so this story feels incredibly important to me. My story will appear in the tribute anthology, Something Remains, [NB: OUT NOW] the profits of which benefit Diabetes UK, a condition from which Joel suffered. The third project is a novella called Cockatrice which I am writing for a US publisher. It's a multi-viewpoint tale concerning a young boy who lives with his parents in an apartment block by the seaside. Neglected by his parents, who have troubles of their own, the young boy comes to believe that the mysterious tenant from the top-floor flat might be some kind of monster. I hope to be able to announce details of this one very soon.
Posted by Simon at Sunday, November 27, 2016