A Hazy Shade of Winter and 10 Books For Halloween

With Halloween next week, it's only natural to start casting about for suitable stuff to read and watch. You can't beat a good ghost story - although horror is more than just that, as the list below should prove.

But first, a quick plug:

My first collection, A Hazy Shade Of Winter, was published in a beautiful limited edition by Canada's Ash-Tree Press, was introduced by Joel Lane, and consisted of thirteen short stories and a 20,000 word novella.

And it's a book of ghost stories.

Matthew returns to the house where he spent an idyllic summer with a group of friends, and finds them waiting for him to join them... permanently.

The people of a small village hunt a supernatural intruder - but who are the real monsters?

An innocent walk in unfamiliar surroundings becomes a journey into a nightmare; a stranded tourist faces a bizarre challenge; a harassed employee takes a desperate revenge on her employer; and a secondhand book of ghost stories becomes the instrument of a malevolent, restless spirit....

A Hazy Shade Of Winter is now available as an ebook on Amazon in the US and UK. So if you still can't pick a Halloween read after checking out the list below...

But I have a feeling you will. (Shit, I'm talking myself out of sales here...) So here, in no particular order, are ten books for Halloween. There are a couple of well-known titles here, but I've tried to pick a few that'll be less familiar as well.

1) The Matrix by Jonathan Aycliffe
The only novel on this list. Jonathan Aycliffe is a master at producing book-length ghost stories in the M.R. James vein, but this one, a tale of black magic, may be his best. Andrew Macleod, grieving after the sudden death of his wife, takes an academic job in Edinburgh, where he begins researching occult and esoteric groups there. His researches bring him into contact with Duncan Mylne, a wealthy lawyer and occultist, and into a world of black magic and evil. Finally he discovers the true reason for Mylne's interest in him - but it might be too late. A subtle and deeply creepy novel, the kind that has you looking over your shoulder at every creak of the floorboards if you read it alone at night. Just as good is Aycliffe's first novel, Naomi's Room. 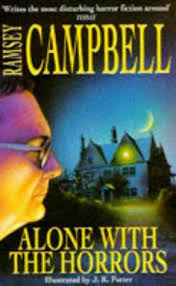 2) Alone With The Horrors by Ramsey Campbell
There was no way there couldn't be something by Ramsey Campbell on this list; the difficulty was which book. Alone With The Horrors is a great retrospective collection, sampling tales from throughout Campbell's career up to that point (1991), from the Lovecraftian chills of Cold Print through to tales like 'Again', which is still one of his most disturbing tales. It's a fine collection of 39 stories (in the Arkham House or Hodder Headline editions; 37 in the more recent re-release from Tor) to be dipped into at random till you find the tales that suit you best.

3) Craddock by Paul Finch
Paul Finch is now a best-selling crime novelist, but his roots are very much in horror and he has a huge backlist of collections to prove it. Just about any of them are worth grabbing (Stains, Walkers In The Dark, After Shocks and the three Medi-Evil mini-collections were all close contenders for this list) but Craddock (aka Major Craddock Investigates) is my Halloween recommendation. Set in 1860s Wigan, it comprises four novelette or novella-length stories - The Magic Lantern Show, The Coils Unseen, The Weeping In The Witch Hours and Shadows In The Rafters - featuring police detective Jim Craddock, whose investigations have a tendency to bring him up against the supernatural and is both superbly readable and hugely atmospheric. 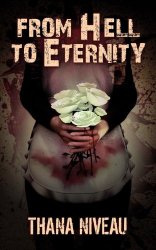 5) The October Country by Ray Bradbury
If there's a more apt collection for this time of year, I don't know what it is. Rich and lyrical, hugely imaginative, dark and scary, it's a timeless classic, including such tales as 'The Emissary,' 'The Next In Line', 'The Jar', 'Skeleton' and one of my all-time favourites, 'The Scythe.' If you've ever read Ray Bradbury, no further introduction should be necessary. If you haven't - well, here's the perfect place to start.

6) Warning Whispers by A.M. Burrage
M.R. James may be the undisputed king of the English ghost story, but Alfred McClelland Burrage is one of its unsung heroes. Several of his best-known stories - such as 'The Sweeper' and 'Smee' - appeared under the byline 'Ex-Private X', the name under which Gollancz published Burrage's memoir War Is War, a memoir of his experience in the Artist's Rifles during World War I, which included fighting at Passchendaele. But if you have any of those big fat anthologies of ghost stories you often find in charity shops, there'll almost certainly be at least one Burrage story. This posthumous collection includes a host of inventive and chilling tales, not least the opening story, 'The Acquittal'. 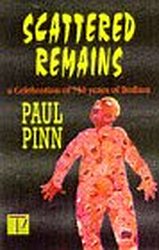 The late Paul Pinn was a superb writer who deserves to be far more widely remembered, and this, his first collection, is an extraordinary tribute to his skills. Ranging back and forth across the borders of crime, SF, fantasy and horror, his stories burrow into the psyche. 'Handicapped' shows a paranoiac's persecutory fantasties building up to explosion point; the title story depicts a post-apocalyptic world where NBC-suited soldiers battle an unstoppable army of horsemen wearing robes of human skin. The opposite of a pleasing terror.

8) The Moon Will Look Strange by Lynda E. Rucker
Lynda Rucker is brilliant at crafting beautifully-written and subtly unsettling tales, where the world we know... shifts, into something strange and off-kilter. By the time you know what's going on, it's probably too late. Her debut collection is one to savour over time, like a fine whisky. A new one, You'll Know When You Get There, is out now from Swan River Press. Fans of Robert Aickman and Shirley Jackson, take note.

9) Antique Dust by Robert Westall
Westall wrote one of the great novels for children, The Machine-Gunners, set on Tyneside during the Second World War - not to mention some fine short story collections such as Break Of Dark. This collection, his first for adult readers, centres on antique dealer Geoff Ashden. "I have known more evil in a set of false teeth than in any so-called haunted house in England," he tells us, and he should know: after all, his trade brings him into contact with the past - and the dead - on a daily basis. The whole book is something of a love letter to M.R. James, but is a fantastic collection in its own right. 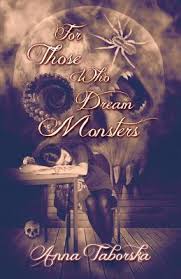 10) For Those Who Dream Monsters by Anna Taborska
Anna Taborska doesn't write enough, but when she does it's fierce and uncompromising, with an unflinching eye for the kind of savagery humans can inflict on one another. Stories such as 'Little Pig' - one of the best in the book, a short, harrowing and heart-rending tale - have nothing of the spectral about them, needing only human evil and desperation as their cause, but Taborska is at ease with the supernatural too, as in 'The Creaking'. Other tales, such as 'Buy A Goat For Christmas', show a welcome streak of dark humour. Published by Mortbury Press, the book also boasts an introduction and beautiful illustrations by Reggie Oliver.
Posted by Simon at Tuesday, October 25, 2016