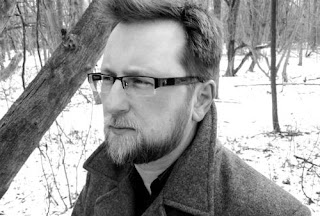 Simon Strantzas is the author of Burnt Black Suns (Hippocampus Press, 2014), Nightingale Songs (Dark Regions Press, 2011), Cold to the Touch (Tartarus Press, 2009), and Beneath the Surface (Humdrumming, 2008), as well as the editor of Aickman’s Heirs (Undertow Publications, 2015), a finalist for both the World Fantasy and British Fantasy Awards, and winner of the Shirley Jackson Award. He also edited Shadows Edge (Gray Friar Press, 2013), is the guest editor of The Year’s Best Weird Fiction, Vol. 3 (Undertow Publications, 2016), and co-founder and Associate Editor of the non-fiction journal Thinking Horror. His writing has been reprinted in Best New Horror, The Best Horror of the Year, The Year’s Best Weird Fiction and The Year’s Best Dark Fantasy & Horror, and published in Cemetery Dance, Postscripts, the Black Wings series, and elsewhere. His short story, “Pinholes in Black Muslin”, was a finalist for the British Fantasy Award, and his collection, Burnt Black Suns, a finalist for the Shirley Jackson Award. He lives with his wife in Toronto, Canada. 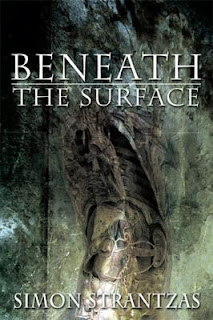 I'm Canadian.
I've been writing professionally for about fifteen years.
I think everyone should wear a beard.

2. What was the first thing you had published?
My first professional sale (by which I mean the first story selected by a legitimate editor in the field) was "A Chorus of Yesterdays" in All Hallows. However, by the time I'd realized it was accepted (due to some miscommunication), I'd already placed two other stories in other markets. Of the group, I believe the first to actually see print was "The Autumnal City" in Wicked Hollow. (It was so long ago, however, I may be mistaken.)

3. Which piece of writing are you proudest of?
The story I'm working on now, of course. But other than that, I've always been happy with the way my story "Out of Touch" came out. It balances the three pillars of fiction—plot, character, and theme—seamlessly and equally. It's not always something every story concept lends itself to. On the whole, I'm less proud of stories until they're out in the world, fending for themselves. It's only then I gather enough emotional distance to adequately judge them. 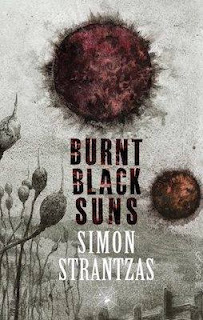 4. …and which makes you cringe?
I don't tend to release stories I find cringe-worthy. The closest I've come is cringing at some of the venues in which my work has appeared. When I started writing, the small press (as good as it had become by that time) did not have the abundance of tools that are available now to create truly professional-looking volumes. That, coupled with editors with a basic lack of design-sense, led many venues to release books that looked wholly unappetising, to say the least. It was an embarrassment to have one's name associated with them. A number of markets like this still exist, unfortunately, but for the most part design has since gotten a lot better, and the truly awful venues less prevalent.

5. What’s a normal writing day like?
When in the midst of a project, I'm in front of my keyboard at 6AM, working for an hour or so. Then, typically, I'm back in front of it from 8PM to 10PM. During those two phases I am either writing, editing, or a mixture of the two, depending on the project's stage. I attempt to fit any reading I'd like to get done around this schedule (with varying degrees of success). It's surprising, though, what a small amount of time can do. A simple 250-500 words a day, every day (or nearly every day) adds up quickly. 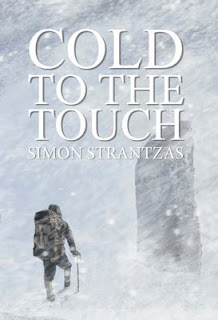 Each of my books tends to focus on a different aspect of horror fiction, so where to start really depends on the specific reader's interest. For most, I think new readers would respond most to COLD TO THE TOUCH, which is a quiet book of Strange stories, or BURNT BLACK SUNS, in which the mysteries are less obscured and more cosmically Weird.

7. What are you working on now?
I'm elbow deep in completing my fifth collection of short stories and novellas, and I hope to have it done at some point next year (and, with some luck, in reader's hands the year after). Once that collection is done, I'll turn my attention once again to the short novel I've been working on, off-and-on, for the past few years. Who knows? I may even finish it this time. Those two books will likely take me another few years to complete, by which point I should have a whole slew of new irons in the fire.
Posted by Simon at Sunday, December 11, 2016

eToro is the best forex trading platform for beginner and established traders.