The Lowdown with... Maura McHugh 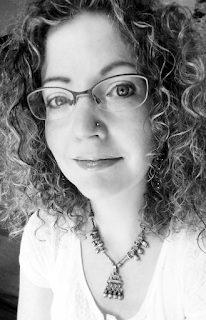 Maura McHugh lives in Ireland, and her short fiction and essays have appeared in publications in America and Europe, as well as two collections - Twisted Fairy Tales and Twisted Myths - published in the USA. She's written several comic book series, including co-writing Witchfinder for Dark Horse Comics. She's also a screenwriter, playwright, a critic, and has served on the juries of international literary, comic book, and film awards. Her web site is here and she tweets here.

1. I was born in the USA by parents who were Irish immigrants, who subsequently returned to Ireland with us in tow.
2. I've been a fan of horror film and fiction since I was a kid.
3. I love learning, especially about history and mythology, which is why I can easily get lost in the research stage of a project if I don't rein myself in. 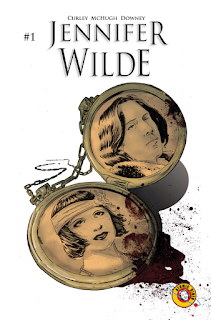 Probably a short story called 'Mirror, Mirror', which was published in a literary magazine in Trinity College, Dublin back when I was doing post-graduate work there. I went through a long stretch in which I didn't write fiction, so I often forget some of my early pieces. The story that got me moving again was a flash story published in Flash Me Magazine, called ‘Who Hears Our Cries in Forgotten Tongues?'

That's a tough question. I like different stories for different reasons. Sometimes because they were effortless but strange, or because they were difficult to write but taught me a great deal in the process. I'm very fond of 'Bone Mother', a story I wrote while attending the Clarion West Writing Workshop in Seattle, USA. It taught me to trust my instincts and allow the story to be what it wants to be. This is a lesson I continually re-learn, by the way - most recently this past summer with a story that nearly broke me. 'Bone Mother' has been very good to me: it sold as fiction, then as a podcast, and is now being made into a stop-motion animated short film. This is a story that a couple of people advised me to re-write completely differently, but I stuck to my gut instinct (with helpful support from an editor) and kept it the way it wanted to be. It proved to be the correct course. Learning to discern what advice to take and what advice to ignore is vital to one's creative growth. 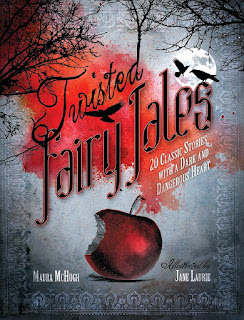 A few of my earliest pieces of course. Several of which nobody has seen. But I try to be forgiving of Maura the starting writer. I wouldn't be writing today without her perseverance with overwrought stories and many rejections. She kept writing and refining. I'm hugely indebted to her, so it doesn't feel right any more to mock that early work. Yet, I do find it difficult to re-read any of my fiction. Once I get a bit of distance I can be pleasantly surprised by them.

I'm not a routine junkie. My days are variable, so I could have a seven-hour writing day, followed by a series of one-hour slots. I've experimented a lot with this, and I've realised I can only do what works for me, and that's usually to do with being flexible. Then when I need to write I can write. If I have free time and notice I've started procrastinating that usually means there's something wrong. Then I try to step back and reassess what's causing me to hesitate. That might be solved by sitting down with a pad and pen for a while and jotting notes while taking a wider perspective on the current project. And sometimes I just have to grind through the words slowly until I push through the impasse. What I have established is a set ritual for when I'm going to write: I have a basic laptop that has only writing programmes and a browser on it. I've never downloaded any games or social media apps on it, or even opened those in a browser tab. I put on my headphones, and turn on music (usually film scores). Then it's just me in my imagined landscape with the characters, and the words come to express that. For me it's a method to create an interior tunnel vision that's conducive to writing. 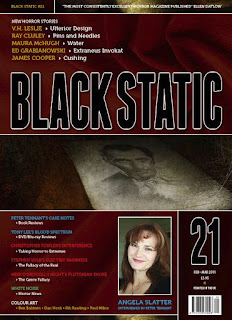 There's a short flash piece called 'Water' I like that's free on my web site. It was published in Black Static. If you like fairy tales my collection Twisted Fairy Tales should be enjoyable. Barron's Education Series did a wonderful job with the book: it's a handsome hardback volume, and the artist Jane Laurie did terrific illustrations for it. The comic book mini-series Jennifer Wilde: Unlikely Revolutionaries, which I wrote for Atomic Diner Comics in Ireland is a fun adventure story in 1920s France/England/Ireland, with fabulous art by Stephen Downey.

I've a number of commissioned short stories percolating, along with pitches for projects, as well as development on a couple of comic book projects. I'll be writing a chapbook about a film for a small press in 2016. And of course I'm writing a novel.
Posted by Simon at Sunday, February 28, 2016